We have traveled Historic Route 66 across Arizona multiple times over the years, both eastbound and westbound.

Some of the journey is on I-40, which parallels the old Route 66 in many places. We drive the segments of the Mother Road where it still remains. Exits to Route 66 are marked in many locales.

The drive from Gallup to Lupton, on the Arizona border, is only 24 miles on today's I-40. Continuing west, the old road passes through the Painted Desert and the Petrified Forest, and then into Holbrook.

The city of Winslow lies 34 miles to the west on Historic Route 66 and Interstate 40. Route 66 was the primary east-west transportation artery through Winslow until it was by-passed by I-40 in the late 1970s.

Map showing the location of Winslow along U.S. Route 66 in Arizona

Things to See and Do in Winslow, Arizona

A railroad town, Winslow is somewhat linear, stretching mostly east-west along the tracks. It is located about 58 miles east of Flagstaff, and 128 miles west of Gallup, New Mexico.

The city is located in Navajo County, and home to nearly 10,000 residents.

Winslow is the site of the famous "Standin' on the Corner" park popularized by the song "Take It Easy" sung by the Eagles. The sculpture, and the mural, is a "must see" Route 66 attraction and photo op!

Winslow is also the location of the historic Fred Harvey's La Posada Hotel, which remains a popular lodging experience today. In addition to La Posada, several other hotel properties are located in the city. Read about Winslow hotels and traveler reviews at TripAdvisor.

Winslow also is the locale of the 9-11 Memorial, constructed of two beams recovered from the World Trade Center Towers in New York City. 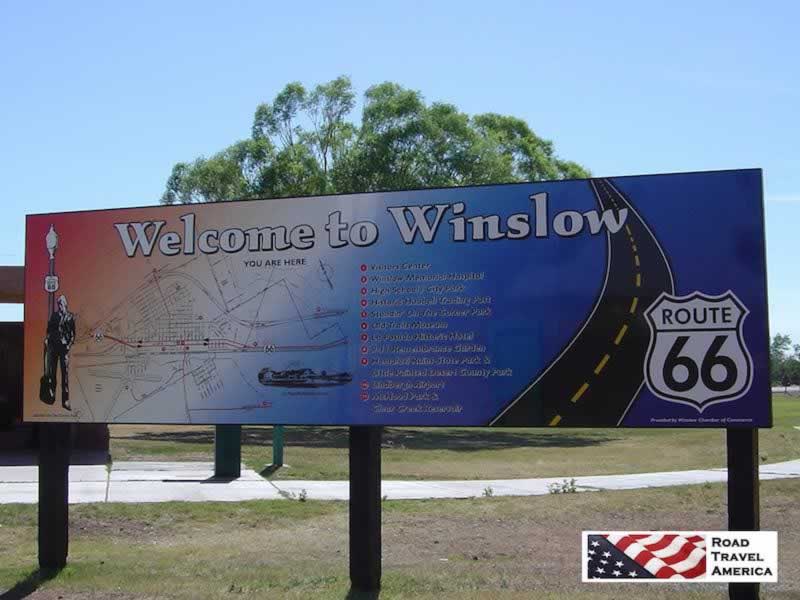 It's a girl, my Lord, in a flatbed Ford slowin' down to take a look at me! 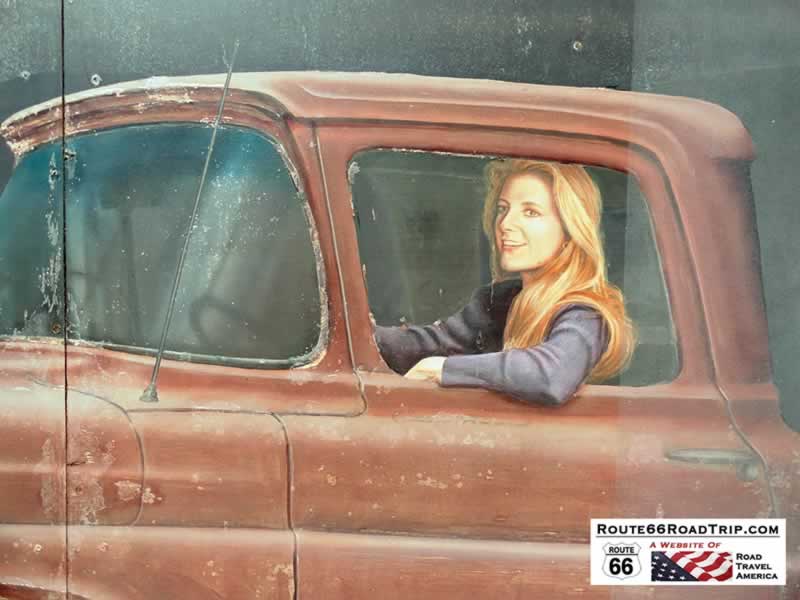 Also popular with visitors is the Winslow Homolovi Observatory (WHO).

Learn more about facilities and reservations at Homolovi State Park or phone 928.289.4106

Hotels and Travel Options in Winslow