Route 66 was one of the United States' first continuous stretches of paved highway, and served as a major path for those who migrated west.

The beginning point could be either city, depending on the direction of the trip. Most travelers seem to start their journey on Route 66 in Chicago, and head westbound. That is the direction we take on this website.

Once outside the metropolitan Chicago area, Route 66 followed the Pontiac Trail, a former Indian trail and stagecoach road.

While in Chicago, many visitors seek out Grant Park, the Willis Tower, the museums, and the lakeshore shopping areas.

Leaving Chicago and arriving in Joliet, travelers like to visit the Joliet Museum, Rialto Square Theatre and the Jacob Henry Mansion.

The City of Dwight features a restored Ambler-Becker Texas service station as well as a wealth of historic structures. Odell, just down the route, is the locale of another restored gas station.

Pontiac is a great stopover traveling down Illinois, with the always popular Route 66 Hall of Fame a "must see" attraction. Other attractions include the Pontiac-Oakland Auto Museum and the Livingston County War Museum.

Springfield was the hometown of U.S. President Abraham Lincoln. Visitors can tour the house where he lived, Lincoln Tomb State Historical Site, the Lincoln Presidential Library & Museum, and the Illinois State Capitol Building.

Illinois was the first of the eight states through which Route 66 passed to have its segment of U.S. 66 paved, at a time when much of the route across the country was still a gravel or dirt road.

We've driven much of Route 66 in all eight states, including segments in Illinois. On this website we present road trips including original photographs, travel experiences and personal commentary. Now ... let's head west on The Mother Road! 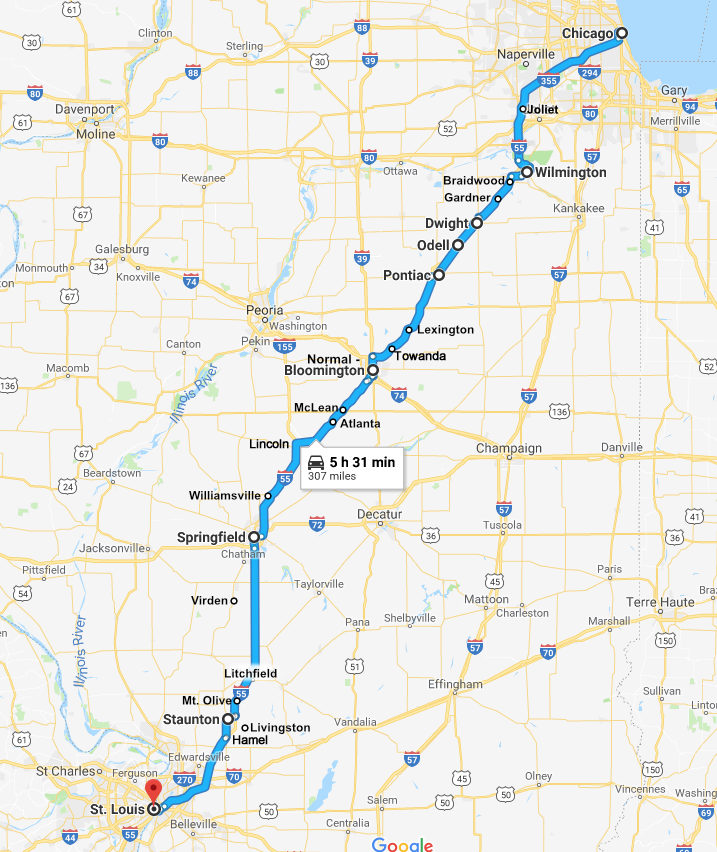 Photo Highlights from Road Trips Along Route 66 in Illinois 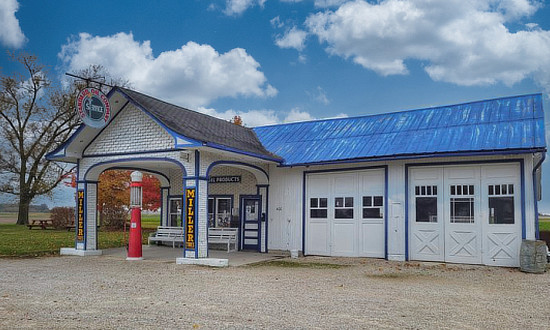 
Scenes in Towanda, Illinois along Route 66 ... Dead Man's Curve to the right


Shea's in Springfield Illinois, along Historic Route 66 .... now moved to a new lcoation

The historic Chain of Rocks Bridge spanning the Mississippi River on the north edge of St. Louis, Missouri 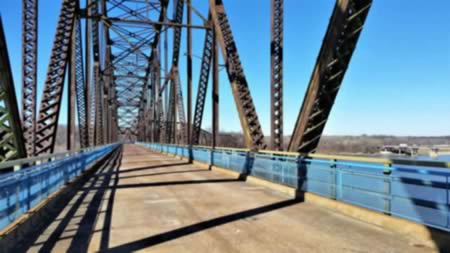 Lodging Options Along Route 66 in Illinois