U.S. Route 66 was one of the United State's first continuous stretches of paved highway, and served as a major path for those who migrated west.

Most travelers seem to start their journey on Route 66 in Chicago, and head westbound. That is the direction we take on this website. But others start in Santa Monica and drive eastward to Chicago.

From its beginning in Chicago, Route 66 headed southwest to Joliet, Pontiac, Bloomington, Springfield and Litchfield.

Litchfield, Illinois is located an hour between the Land of Lincoln and the Illinois State Capital of Springfield, and the Gateway to the West, St. Louis, MO.

Litchfield began in 1853 with the coming of the Terre Haute, Alton and St. Louis Railroad. Today, it is a city known for its Route 66 icons, expansive lake, and lush landscapes. The city has a population of over 6,000 residents.

Lincoln was located directly on the original U.S. Route 66. Today, it lies along Interstate I-55. It is about 245 miles southwest of Chicago, and 56 miles northeast of St. Louis, Missouri.

Map showing the approximate route of U.S. Highway 66 in Illinois and the location of Litchfield 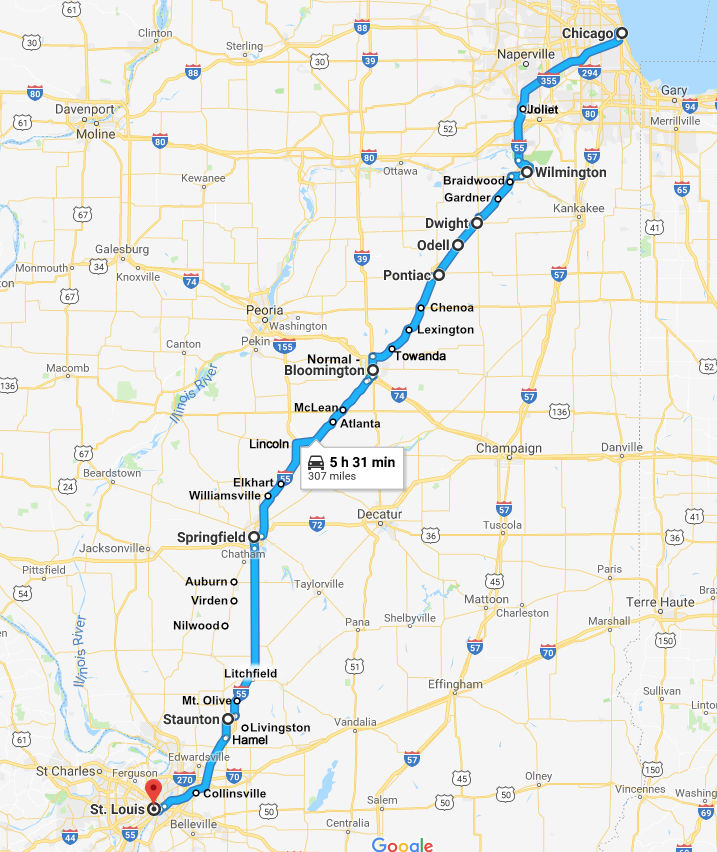 Lodging, Dining and Attractions in the Litchfield Area