Murals, Signs and Artwork on Route 66

Murals painted on the walls of buildings and houses along Route 66 have become a tradition, and a draw for fans of the Mother Road.

These paintings reflect the local history of cities and towns along the route, and provide an artistic outlet for local artisans to showcase their public artwork. The surface on which they are painted provides additional texture and dimension, whether it be on stone, concrete, brick, tile or wood.

The murals are a popular art form that depicts local scenes, history, people, heroes, events, nostalgia and "getting your kicks on Route 66".

All eight states along Route 66 have murals, and classic signs ... shown on this page are a few highlights. 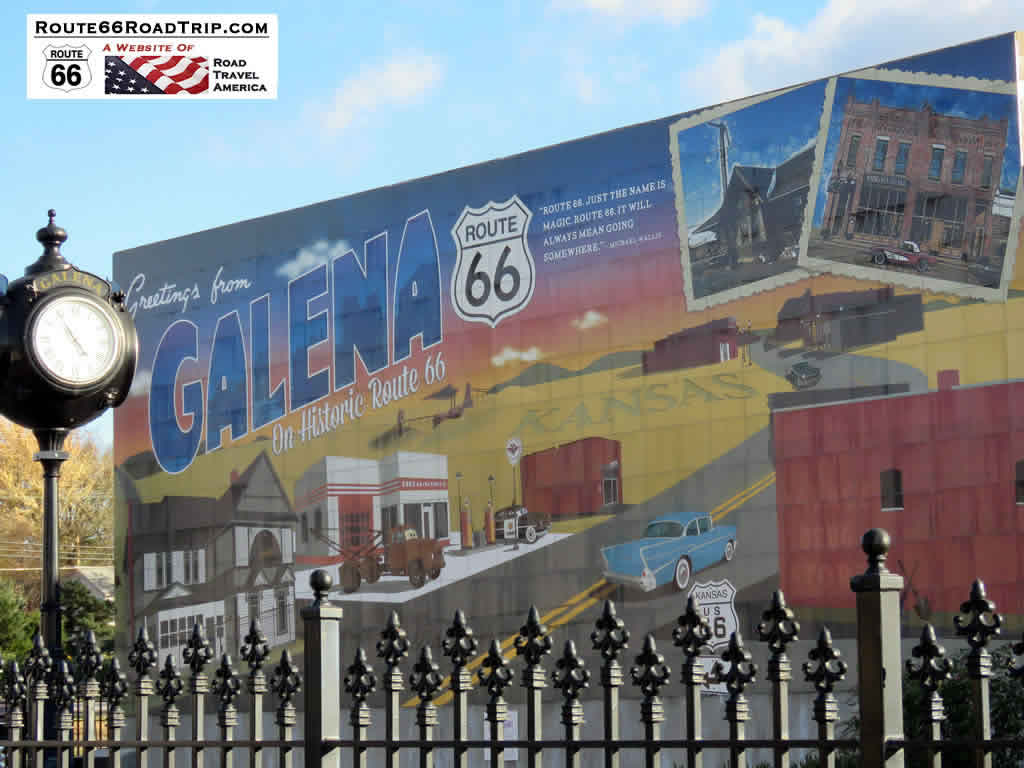 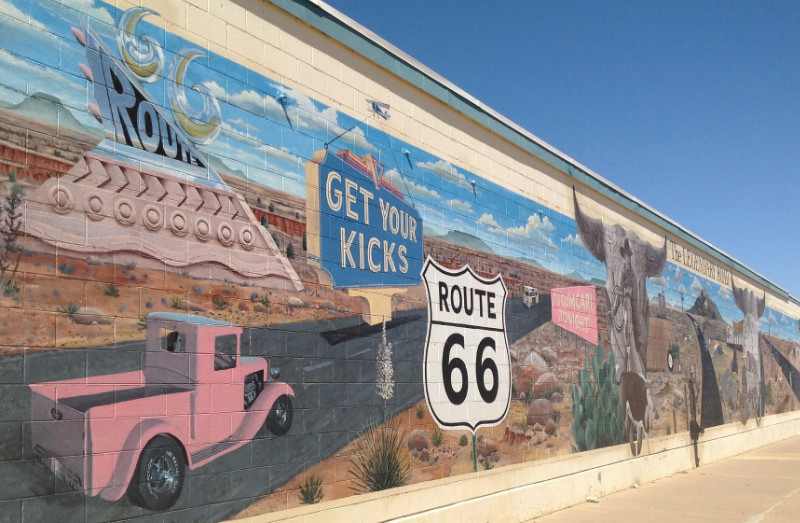 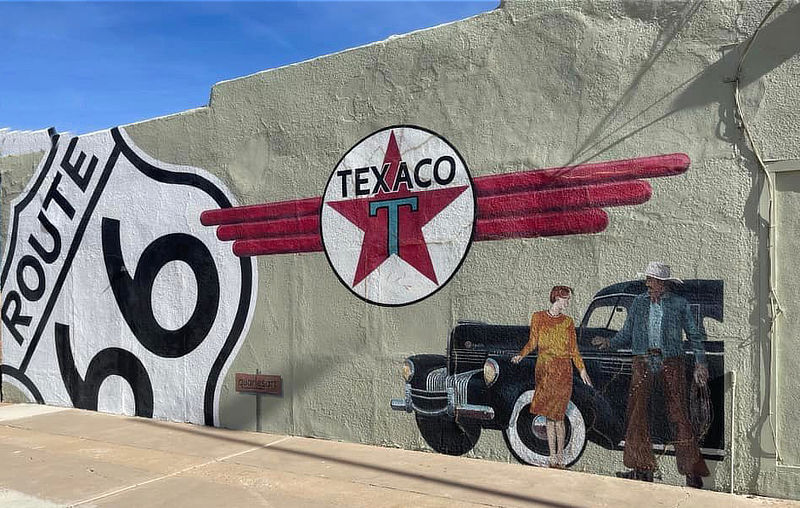 Standin' on the Corner in Winslow, Arizona

Route 66 Mural on the side of the Needles Regional Museum 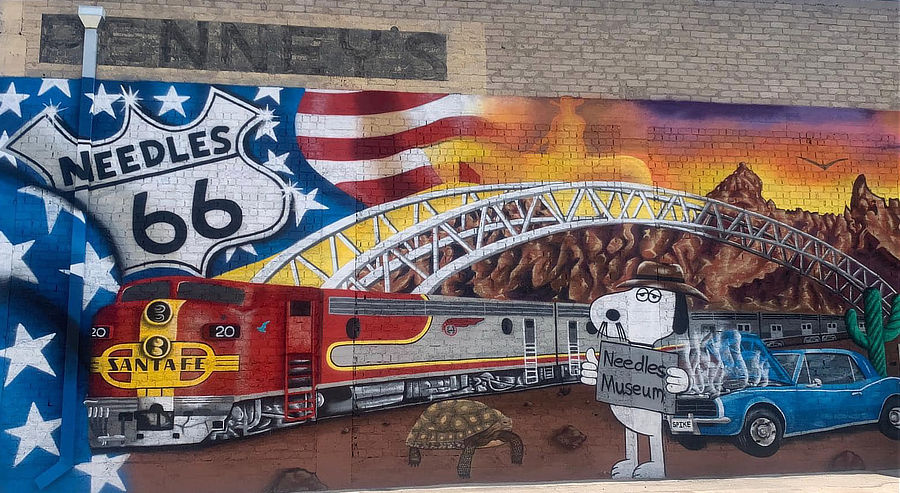 Mural at the California Route 66 Museum